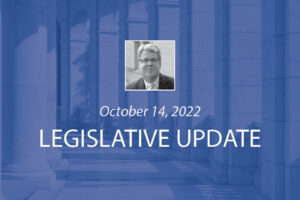 Will Contractors Be Classified as Employees?

The National Retail Federation (NRF) came out swiftly to oppose the measure: “The changes being proposed by the Labor Department will significantly increase costs for businesses across all industries and further drive already rampant inflation,” said NRF Senior Vice President of Government Relations David French in a statement on Tuesday.

“NRF staunchly opposes a change in this important area of law, which is both unwarranted and unnecessary. This decision will only foster massive confusion, endless litigation, reduced innovation, and fewer opportunities for employees and independent contractors alike.”

The Department of Labor will be accepting comments on this proposal through November 28.

The threat of a nationwide rail strike has reared its head again this week as one of the 12 rail worker unions-the Brotherhood of Maintenance of Way Employees-voted against the labor agreement that the Biden Administration helped forge in September that granted rail workers a 24 percent pay increase and more flexible work schedules. One union rejecting the agreement could trigger a nationwide strike as none of the other 11 unions would cross a picket line.

Negotiations between the Class 1 rails and its workers continue. A strike could not occur until November 19, which is the end of the current so-called “cooling off” period. A strike then would be following the midterm elections, but on the front end of the holiday season.

Just before Congress left town in advance of the upcoming election, the Senate Energy and Natural Resource Committee held a hearing on a number of bills that would promote more forest management activity on federal forest lands, among other issues. The hearing notice and information about the session may be found here.

Environmental groups continue to oppose timber harvesting on federal lands, but the U.S. Forest Service and an increasing number of Democrat lawmakers view active forest management as essential to decreasing the risk of catastrophic wildfire in Western forests. Appropriate management of forests in the Lake States and regions east of the Mississippi is critical as well to prevent disease and insect infestation in overstocked timber stands. Action on meaningful federal forest management reform legislation is unlikely this year, but will be a focus next Congress, particularly if Republicans take control of both chambers.