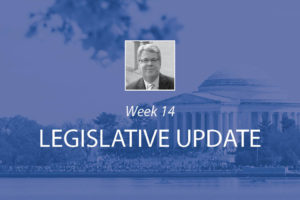 Congress—Build Back Better and Government Funding

The other looming issue is the debt ceiling. The U.S. government is on track to bump up against its borrowing authority cap on or about December 15. Republicans have messaged that they are not interested in helping Democrat majorities in the House and Senate pass legislation lifting the debt ceiling. Senate Majority Leader Chuck Schumer and Senate Minority Leader Mitch McConnell are in one-on-one negotiations, and both have publicly stated that they will not allow the U.S. to default on its debts. Details of their discussions are being closely held.

The House-passed Build Back Better Act is now undergoing review by the Senate Parliamentarian to ensure that its many provisions are compliant with the strict rules that accompany the budget reconciliation process on which Senate Democrat leadership intends to move this bill through the Senate. Budget reconciliation allows legislation to clear the upper chamber by a simple majority, but provisions must comply with the Byrd Rule, which specifies that legislative provisions must have a budgetary effect inside the 10-year budget window or result in a change in outlays or revenues. The Senate Budget Committee will conduct a similar review, known as the Byrd Bath, to ensure that the measure does not run afoul of budget reconciliation parameters.

Despite Senate leadership’s desire to move the Build Back Better legislation next week, it is unclear if the bill has a path forward—at least in the short term. Senator Joe Manchin (D-WV) returned from the Thanksgiving break relaying the sentiments of his constituents that inflation is concerning and that the spending and revenue raisers in the House-passed package are too high. As we have noted, this legislation will undergo change in the Senate, but whether those changes will be enough to bring Senator Manchin on board are unclear. What does look likely is that Congress will be in session until the week of Christmas.

This week, ABMA sent letters (here) to Senate Democrats expressing our concern with revenue raisers in the Build Back Better Act that affect small and medium sized businesses. We focused on Democrats as Republican Senators are aligned solidly against the legislation and, as such, any chance of securing changes to the bill will come from the Democrat side of the aisle. We are setting up meetings with key Senate Democrat offices as well to walk them through our concerns with tax increases in the proposal.

On Tuesday, the Occupational Safety and Health Administration (OSHA) extended the comment period for the COVID-19 vaccination and testing emergency temporary standard (ETS) by 45 days to January 19, 2022. OSHA’s press release may be found here.

Notably, OSHA does not reference the current federal court stay of the ETS, which prevents OSHA from implementing or enforcing it until further judicial action. We believe it is unlikely the court will address the stay before the December 6 compliance date.

ABMA is preparing comments to submit to OSHA regarding our concerns with the ETS. We will make those available to you once a draft is finalized.