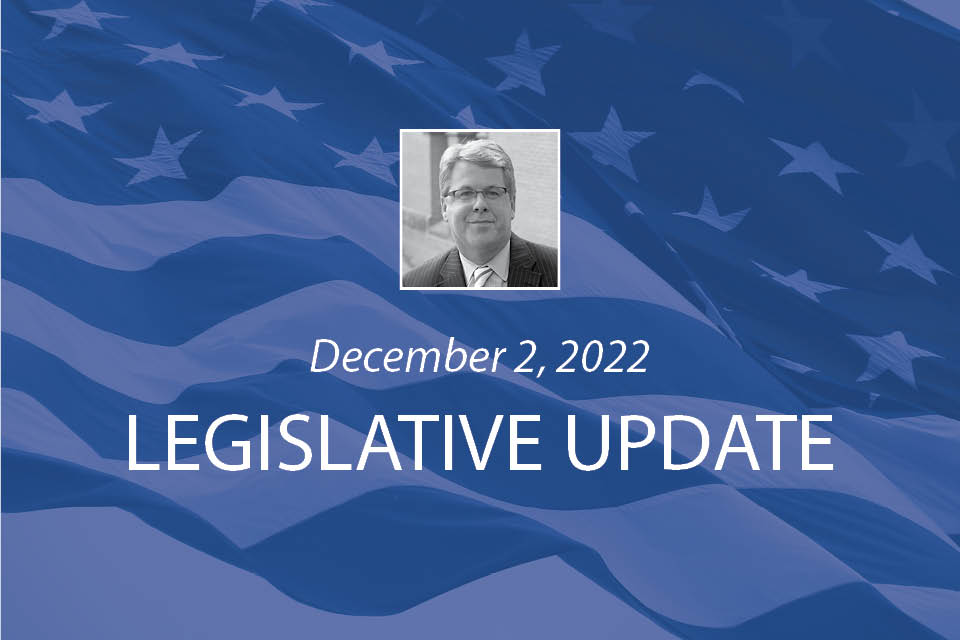 The threat of a work stoppage starting on December 9 that would shut down freight and passenger rail service continues to fully occupy Washington. On Wednesday, the House passed two measures aimed at averting a strike after President Biden earlier in the week signaled that the Administration would not allow a nationwide rail strike headed into the holidays.

The House first approved  H.J.Res. 100 to implement the Tentative Agreement that was brokered by the Administration with the rail labor union leadership and the operators, but rejected by workers in four of 12 unions. In addition, Speaker Pelosi called another vote on an “enrollment correction” (H. Con. Res. 119), which would add seven days of paid sick leave for the rail workers. A copy of her “Dear Colleague” letter on the votes can be viewed here. This was a change from the initial announcement that Congress would vote on the Tentative Agreement without any changes, as requested by President Biden.

The House approved H.J Res. 100 Wednesday on a 290-137 bipartisan vote, with 79 Republicans joining 211 Democrats to pass the stop-strike measure. The House also voted 221-207 on the bill to revise the original deal to add seven days of paid sick leave. The issue then proceeded to the U.S. Senate.

There have been Senators on both sides of the aisle, namely Senators Bernie Sanders (I-VT) and Marco Rubio (R-FL) that have voiced support for additional sick days for rail workers. However, in a final voice vote late on Thursday, the seven-day sick leave resolution failed on a 52-43 vote; 60 votes were needed for passage. However, HJ Res. 100 passed by a resounding 80-15-1 vote and proceeds to the President’s desk for his signature. He is expected to sign the measure well before the Dec. 9 deadline. In related action, a third resolution to extend the current cooling off period by 60 days failed on a 26-69 vote.

Throughout this process, ABMA signed on to numerous coalition letters to Congressional leaders advocating for swift passage of legislation to avert a rail strike.  In addition, we participated in many meetings this week with House and Senate offices to communicate our sector’s concerns about a work stoppage and asked for Member of Congress support for Congressional action. We are pleased to report on this positive action for the supply chain and the LBM sector.

On November 29, the U.S. Fish and Wildlife Service published a notice in the Federal Register announcing that the Northern Long Eared Bat (NLEB) be bumped up from its current status as “threatened” to “endangered.” This action will likely trigger more restrictions around known bat caves and roost trees, including tightening requirements on forest management on private and public lands.

The NLEB populations have been declining precipitously in recent years due to white nose syndrome (WNS), a fungus that increases the amount of energy bats use during winter hibernation. Since bats must carefully ration their energy supply during this time to survive without eating until spring, they often perish if they use up their limited energy reserves too quickly.

The forestry and forest products industry has made the case that forest management is actually good for the NLEB as this species prefers an open canopy forest environment and that WNS, not timber harvesting, is the reason for the bat’s decline. USFWS staff has generally acknowledged this point, but there is concern about what types of restrictions may be put in place in the wake of the more stringent “endangered” tag.

Those relying on timber from states that have developed habitat conservation plans (HCPs) will be in good shape, but most of the states in the bat’s 38 state range have not developed HCPs. ABMA will continue to monitor this upstream issue closely and report on developments.

This week, the House Democrat caucus held its leadership elections for top positions to lead the party in the upcoming 118th Congress. Rep. Hakeem Jeffries (D-NY-8) was elected to be the Minority Leader, with Rep. Katherine Clark (D-MA-5) tapped as Minority Whip and Rep. Pete Aguilar (D-CA-31) as Conference Chair. The move represents a wholesale changing of the guard for Democrats and a significant shift towards youth, as the current Democrat House leaders are all in their 80s.