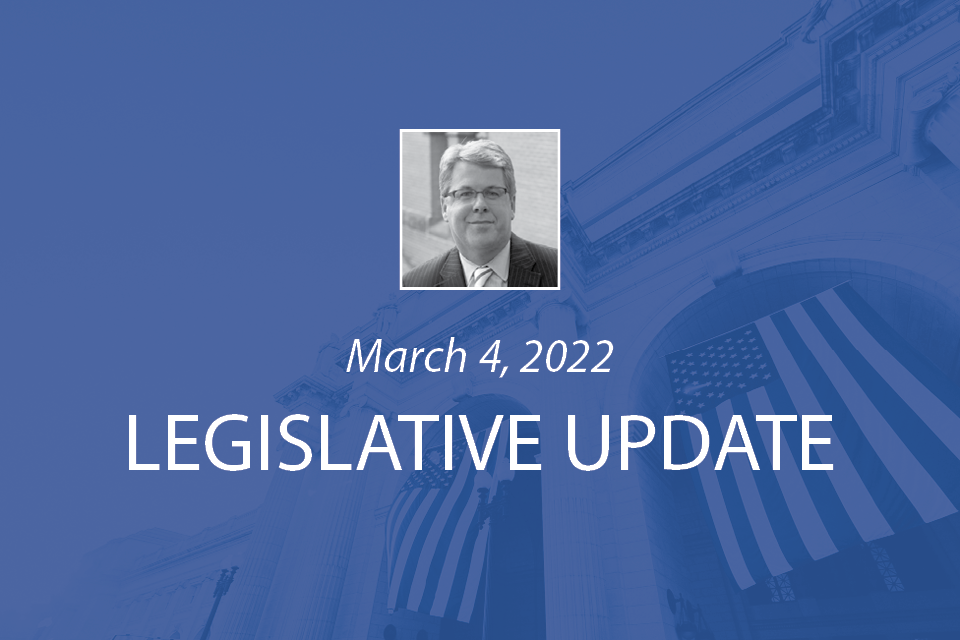 State of the Union Breakdown

State of the Union

On Tuesday, President Biden delivered his first State of the Union (SOTU) address to a joint session of Congress. As is typical of these speeches, the President covered a broad range of topics at a very high level with few specifics. ABMA was paying close attention to areas of the speech that addressed labor and workforce, as well as those covering supply chain. In a pre SOTU release, the White House signaled that the President would be discussing top labor union policy priorities like the Protecting the Right to Organize, or PRO Act, legislation which passed the House that would, among other things, override so-called Right to Work laws in 26 states. The bill passed the House on largely a party-line vote and is not expected to move in the Senate, but ABMA continues to monitor developments closely. Also mentioned were the Paycheck Fairness Act, paid family and medical leave bills, and a $15 minimum wage. Even if these bills lack sufficient support to move in this Congress, the President’s continued elevation of these proposals as priorities is viewed as critical by supporters because it provides Democrats with concrete policy examples to highlight ahead of the midterm elections of what they would hope to accomplish with the Biden Administration if voters would afford them bigger majorities.

On the workforce development front, the President noted that the Administration is supporting and challenging employers to move towards skills-based hiring, rather than hiring based on educational background alone. He announced a new budget proposal to invest in skills-based hiring research tools and technical assistance. This effort builds on the American Rescue Plan’s critical workforce investments in the past year – with more than half of states already committing Fiscal Recovery Funds to training and apprenticeships and efforts to hire and retain critical workers – and catalyzing investments in regional workforce strategies through the Commerce Department’s Good Jobs Challenge.

On the supply chain, he specifically referenced the Ocean Shipping Reform Act, legislation that has passed the House on a bipartisan vote and is pending in the Senate. Among other things, the bill provides the Federal Maritime Commission additional authorities to preclude ocean freight lines from gouging shippers with spurious fees and directives to alleviate congestion at our busiest ports. He also announced that his Administration is launching a new Federal Maritime Commission and Department of Justice initiative to promote competition in the ocean freight transportation system. He noted that the ocean shipping industry is now dominated by just a small number of giant, foreign-owned companies. Three global alliances—groups of ocean carriers that work together—now control 80 percent of global container ship capacity and 95 percent of the East-West ocean trade traffic. And, since the beginning of the pandemic, these carriers have been increasing shipping costs through higher rates and fees.

And finally, President Biden highlighted several supply chain items in the Infrastructure Investment and Jobs Act (IIJA) that was enacted late last year, including the pilot program allowing younger truck drivers to operate their rigs interstate. As we have noted, the Federal Motor Carrier Safety Administration (FMCSA) announced through a Federal Register notice earlier this year that this program is now operational.

Just before Congress left town for the Presidents Day recess, Rep. Annie Kuster (D-NH-02) reintroduced her legislation that seeks to use the tax code to promote employee development. The Workforce Development Investment Act would create tax incentives to encourage companies to partner with education providers to develop workforce training programs for skills that are in demand within their community or region. It would also create a separate credit for employers to help defray the cost of direct training conducted as part of an educational partnership or licensed apprenticeship. For the latter, the tax credit would amount to 50 percent of all job training expenses not to exceed $5,000 per employee in a calendar year. The bill was referred to the House Ways & Means Committee.

This week, Sen. Joe Manchin (D-WV) doubled down on his insistence that at least portions of the President’s stalled Build Back Better legislation could move in the Senate. He repeated his desire to see language that would deliver prescription drug savings to consumers and reform the tax code. He also included renewable energy tax provisions in the list of items that would need to be part of a Manchin-supported package. Again, details are sparse and the window for action on such a bill is slowly closing.  ABMA is staying in close touch with Senate offices to communicate our concerns with potential “pay fors” for such a package and reminding policymakers that funding Build Back Better 2 should not be done on the backs of small and medium sized businesses.