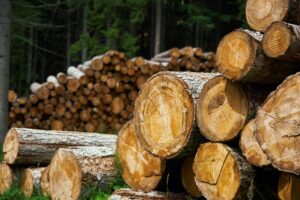 Regardless of which state and local, regional, or federal association you are a member of, the restoration of a Softwood Lumber Agreement (SLA) is one pressing issue all of us in the lumber and building materials (LBM) industry have in common.

The SLA dispute between the United States and Canada is one of the longest running trade disputes, starting in 1982 with the most recent agreement having expired in 2015. We are now in the midst of negotiating the fifth agreement, and that negotiation began three years ago. The expired agreement, which was settled in 2006 with 27 pieces of litigation, saw the first involvement of counter-veiling and anti-dumping laws.

Why We Need a SLA

The volatility of lumber prices and rapidly escalating building costs threaten the viability of affordable housing developments and all residential and commercial projects. The instability without an SLA means prices will continue to rise, causing further disruption to the housing market, project delays, and potentially the stoppage of projects altogether. A new agreement will help stabilize the market, promote affordable housing, and benefit both the LBM and construction industries across the country.

Therefore, ABMA strongly supports, and is actively pushing for, a new agreement that brings stability and predictability to the pricing and availability of softwood lumber.

It is critical that the Biden administration move immediately to negotiate a new SLA with Canada that will end lumber tariffs. At the end of 2021, the deal with the United Kingdom to lift steel and aluminum tariffs imposed by former President Donald Trump in 2018 was announced. A new SLA needs to be prioritized in the same fashion. So, what is ABMA doing to make sure this issue is noticed and addressed?

What is ABMA Doing?

In November 2021, ABMA sent a letter to Secretary Gina Raimondo opposing the Department of Commerce’s (DOC) proposal to increase the tariffs on Canadian lumber shipments from 9% to 17.9% and called for a renewed urgency towards reaching a long-term SLA. But when nothing budged, ABMA signed on to an industry letter opposing the tariff hikes.

ABMA was successful with this opposition when in February 2022 the DOC announced reducing counter-vailing and anti-dumping duties to 11.64%. But ABMA had more work to do regarding the establishment of an SLA.

During ABMA’s inaugural Advocacy Week in April 2022, ABMA members and staff plugged it in our discussions with legislators and their staffers. But more importantly, ABMA staff followed up on those discussions.

That follow-up, which was strengthened by the connections ABMA established during Advocacy Week, led to a meeting with Senator Susan Collins of Maine. Senator Collins is a long-time advocate for our industry and is a key legislator in establishing a new SLA. In August 2021, Senator Collins spoke with Secretary Raimondo regarding the issue.

But before its meeting with Senator Collins, ABMA met with the DOC. During this meeting, ABMA learned that the U.S. and Canada were close to restoring an agreement in 2015 with Secretary Ross and our Canadian counterparts, but nothing ever came of it. According to the DOC, Canada has been unwilling to come to the table since. At this meeting, ABMA also learned that the best agency to target is the United States Trade Representative (USTR). So, that’s what ABMA did.

ABMA met with staff from USTR on June 9 and August 30. During its August meeting, ABMA learned that the USTR is not actively negotiating with Canada and that most recent discussions have revolved around composing panels (see below). More concerningly, ABMA learned that the U.S. Softwood Lumber Coalition, another key player, seems fine with the status quo. USTR needs support from this coalition to be effective in negotiating a new SLA.

How To Establish a SLA

To negotiate a proper agreement, there must be two five-person panels consisting of both U.S. and Canadian representatives: One regarding counter-veiling and another for anti-dumping. There are currently four out of five members appointed to the counter-veiling panel but there is no panel for anti-dumping, therefore the status falls as incomplete. To complete a panel, both the U.S. and Canada nominate members. If they cannot come to an agreement on who sits on each five-person panel, a coin is flipped to decide who receives 3-2 representation.

ABMA has been on the forefront of renewing a SLA with Canada. It will continue to work with its contacts at the DOC and Senator Collins’ office, as well as continue to educate legislators on the priority issue. ABMA also plans to work with the U.S. Softwood Lumber Coalition and is drafting a letter for Senator Collins and her colleagues to send to Ambassador Katherine Tai. We will be sure to keep you posted on the status of ABMA’s efforts and the fate of a new SLA.