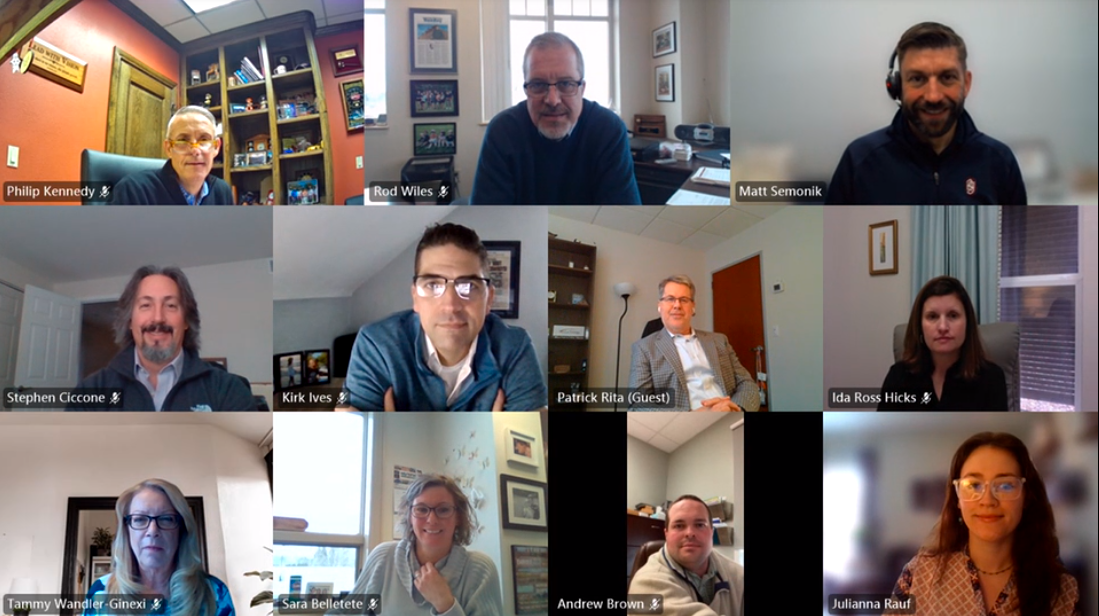 On February 17th, the ABMA Legislative Committee met virtually to receive a congressional briefing from our Government Affairs Associate Pat Rita, specifically detailing Senate efforts to secure a continuing resolution to keep government funded through at least March 11th, the still stalled Build Back Better (BBB) package, and the impact the evenly divided Senate is having on policy now and moving forward. The Committee discussed in detail several priority issues and bills for the upcoming Advocacy Week and highlighted a hybrid approach for interested committee members.

Senate Leadership on both sides of the aisle is trying to work out an agreement that would allow votes on several Republican sponsored amendments. With Senator Ben Ray Luján (D-N.M.) still recovering from a stroke, it is proving difficult to find a common ground solution. In the end, the belief is a deal will be reached and a government shutdown will be avoided.

The BBB package remains without a clear path forward. While discussion of a pared back BBB continue, Congress has turned its attention toward the situation in Ukraine, addressing inflation, and the president’s Supreme Court justice nominee. ABMA will continue to meet with legislator’s offices to track any news on the BBB.

The Committee reviewed several legislative proposals to focus on as our priority issues for ABMA Advocacy Week. Following a detailed discussion, the Committee landed on three bills. Our overarching message will focus on workforce development (WFD), supply chain issues, and inflation.

First, our WFD bill is HR6255, sponsored by New York Representative Elise Stefanik. The Employer-Directed Skills Act empowers job creators to determine the skills their workforce needs, streamlines the process for workers to access skills development, and leverages private sector investments to make employers a stakeholder in the reskilling process.

Third, our inflation bill is HR6629, sponsored by New York Representative John Katko. The Informed Lawmaking to Combat Inflation Act would require lawmakers in Congress to thoroughly consider the inflationary impact of significant bills before voting on the measures.

The ABMA Advocacy Week will be held April 4-8. Regional issue and event briefings will occur in late March for attendees. You can sign up today by clicking here.

The ABMA Legislative Committee’s next scheduled meeting is Thursday, March 24, 2022 at 11am.