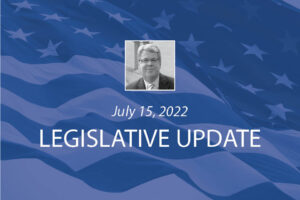 ABMA signed on this week to a letter spearheaded by the S-Corporation Association and the Family Business and Estate Tax Coalition—two groups we work closely with on tax and general business issues—opposing proposed tax increases on pass through entities. As we mentioned last week, one of the revenue raisers or “pay fors” to fund the next Build Back Better (BBB) iteration is a proposal to apply the Net Investment Income Tax (NIIT) to S corporations and partnership income earned by active owners of the business. Currently, active owners of these businesses do not pay the NIIT (3.8 percent) on their business’ profits. This expanded tax would apply to owners with incomes exceeding $400,000 (single) and $500,000 (joint), but for business shares held in trust, the expanded tax applies to income of only $13,000 and over.

The other proposal would limit the ability of small, individually, and family-owned businesses to fully deduct their losses during an economic downturn by expanding and extending the so-called “excess business loss limitation” for noncorporate taxpayers. The two proposals are estimated to collect more than $400 billion over 10 years and those paying the increases would be primarily small and medium sized Main Street businesses.

Almost 200 organizations signed onto this letter (here) and it seems to be having an effect. Reports  were out yesterday that Senator Manchin, the key Democrat Senator that is at the center of negotiations on this next BBB package, is expressing concerns about inflation and what additional taxes could do to exacerbate the situation.

ABMA is close to the situation and communicating our sector’s concerns with Members of Congress and key staff in the House and Senate.

On Wednesday, the House Agriculture Committee’s Subcommittee on Conservation and Forestry held a hearing to review the Farm Bill’s Forestry title. The Farm Bill, which is the bedrock statute authorizing our nation’s farm support and nutrition programs, also has a number of provisions to incentivize use of forest products, including wood building materials. The Farm Bill expires every five years and is up for reauthorization in 2023.

In Wednesday’s hearing, a number of the subcommittee’s members made comments about the role that lumber and wood building products can play in preventing wildfires, sequestering carbon and sustaining rural economies.

Subcommittee Chair Rep. Abigail Spanberger (D-VA-7) emphasized the dual economic and environmental benefits of wood in construction. Likewise, Rep. Glenn Thompson (R-PA-15) pointed out that there is potential to write this new Farm Bill in a way that promotes carbon storage by using more wood products. Other members like Trent Kelly (R-MS-1) and Annie Kuster (D-NH2) made similar comments. ABMA will be participating in the Forests in the Farm Bill Coalition, which is an assortment of groups representing forest landowners, wood products manufacturers, conservation groups and others that advocate collaboratively on a Farm Bill policy platform that is aimed at benefitting the entire forest products value chain.