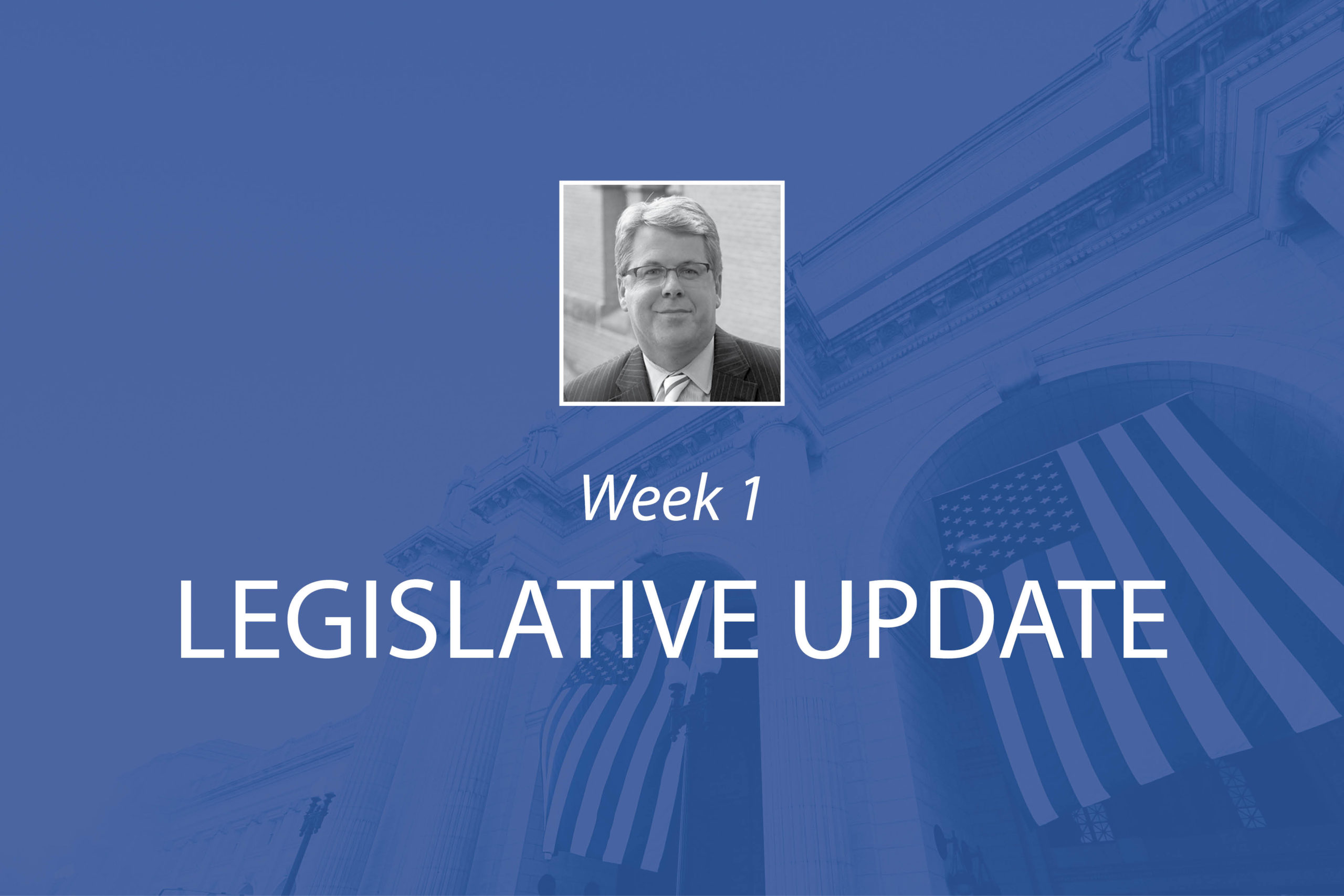 In mid-August, the U.S. Senate passed a comprehensive infrastructure package titled the Infrastructure Investment and Jobs Act. The bipartisan measure includes over a half trillion dollars in spending on roads, ports, bridges, and rail, among other priorities. Included within the 2,700 page bill are number items of interest to ABMA members—

Overall, the business community supports the measure as it does not roll back any tax benefits accrued from the Tax Cuts and Jobs Act.  Funding for this proposal is derived in part from reprogramming unspent COVID relief funds. The National Association of Manufacturers and many other groups released statements following Senate passage strongly supporting the measure and several industry groups worked aggressively for its passage through the Senate. Prospects for ultimate enactment of this legislation are unclear as action in the House of Representatives awaits. Moreover, this measure will move in tandem with a reconciliation package that will be the vehicle for President Biden’s “social infrastructure” investment initiatives outlined in his American Families Plan. Before leaving town for the remainder of August, the Senate voted along party lines to advance a budget resolution containing reconciliation instructions that empowers committees in the Senate to begin fashioning a $3.5 trillion spending and tax package. The House followed suit shortly thereafter and approved the Senate-passed budget resolution and begin its process. As part of a deal with House moderates to secure their support, the House budget resolution includes a commitment that the full House will take up the bipartisan Senate infrastructure package by September 27.

Work in earnest on this second, larger measure will begin in early September when committees in both chambers will be assembling and marking up their portions of the overall package. Key committees are the Senate Finance and House Ways & Means Committees as these two panels are in charge of paying for the package in the form of revenue raisers. An increase in the corporate tax rate is on the table as is eliminating the “step up in basis” for calculating capital gains when assets are passed on to heirs after death. Also on the table is limiting the 20 percent deduction enacted under the Tax Cuts and Jobs Act for S-Corporations and other pass through entities. Other key committees holding the pen on issues critical to our sector include the House and Senate Education and Labor Committees. In July, over 100 House members sent a letter to leadership advocating for significant spending in the area of workforce development.  Specifically, the letter calls for at least $100 billion in new spending for workforce development programs, including:

It also calls for new spending specifically for building more effective partnerships between training providers and employers, including subsidizing on-the-job training and co-creating curricula with employers in in-demand industries, sectors, and occupations.

The stated deadline for committees to report out their pieces of the package is September 15, although that deadline is non-binding and will almost certainly slip. The general consensus is that a number of proposals under discussion for inclusion in this $3.5 trillion package lack sufficient support for passing in either the evenly divided Senate or the House, where Democrats can afford only 3 defections in order for this package to pass. House and Senate Republicans are expected to be unified in their opposition. Moderate Senators Kristen Sinema (D-AZ) and Joe Manchin (D-WV) have already signaled that they cannot support the $3.5 trillion package as currently outlined. Likewise, leaders of the 19 member Blue Dog Coalition in the House—a group of moderate to conservative Democrats—has signaled their Coalition’s concerns with the current outline. To obtain the necessary number of votes, the package will likely have multiple iterations, potential failed votes, and could result in a smaller, more targeted package.

As a backdrop to all of this, Congress faces a number of key deadlines for action on “must pass” bills in September and October. Among them are:

The ABMA is close to the players and the process and will be engaged in the coming weeks and months in communicating our concerns and priorities to Members of Congress, legislative leadership, and the Administration.

On September 1, the House Armed Services Committee is scheduled to take up the Fiscal Year 2022 National Defense Authorization Act or NDAA. An amendment sponsored by Rep. Jared Golden (D-ME) that was included during subcommittee consideration of the bill would establish a pilot program for mass timber—a generic term that encompasses cross laminated and glue laminated timber products, among others— to be used in military construction projects. As soon as the subcommittee approved the amendment, the concrete industry was out with a letter criticizing the policy as “picking winners and losers” and extolling the carbon benefits of concrete construction. ABMA is working with our wood products association allies here in town to support inclusion of the mass timber pilot in any final bill that is reported from committee and moves to the House floor. The messaging to full committee members is mass timber is less expensive than competing materials, speeds construction time by 15-20 percent, and is proven to sequester carbon—unlike steel or concrete.