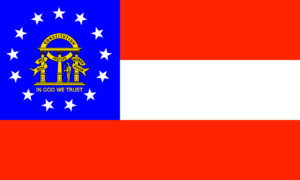 Gubernatorial Races to Watch in ABMA States: Georgia – A Rematch

This year’s race for governor is a rematch between Gov. Brian Kemp (R) and former Georgia House Minority Leader Stacey Abrams (D). This race is one to watch for multiple reasons:

Gov. Kemp was born and raised in Athens, Georgia. He is a business owner. He started his own business – Kemp Development and Construction Company – in 1993 and is still in business today. Kemp started his career in politics in the early 2000s. He served in the State Senate from 2003-2007 and was appointed as Secretary of State in 2010 to fill a vacancy. He was elected in his own right in 2012, and held the position until after the 2018 election when he resigned so he would not have power to certify the, at that point, too close to call Gubernatorial election as the Secretary. When Kemp was elected Governor in 2018, he made state history by earning more votes than any gubernatorial candidate in the state’s history.

Kemp graduated from Clark Central High School and received his B.S. in agriculture from the University of Georgia. He has three daughters with his wife Marty Argo.

Abrams was born in Madison, Wisconsin and grew up in Gulfport, Mississippi and Georgia with her five siblings. She has degrees from Spelman College, the LBJ School of Public Affairs at the University of Texas, and Yale Law School. Abrams is also a well accomplished author, publishing on issues such as public policy and taxation along with award-winning romantic suspense novels written under her pen name, Selena Montgomery.

Abrams served in the Georgia House of Representatives for eleven years, including seven as the Democratic Party Leader. “She is the first woman to lead either party in the

Georgia General Assembly and is the first African-American to lead in the House of Representatives.”

When Abrams ran against Kemp for the first time in 2018, she made history in multiple ways: she was the first black woman to be a gubernatorial nominee for a major party in the U.S. and she received the most votes of any gubernatorial Democrat candidate in Georgia’s history.

Typically, presidential voting can help predict what will happen in statewide races. However, the 2020 Presidential vote in Georgia had only a 0.3% difference between President Biden and President Trump, so that is not a great predictor for this race. However, if you look back to 2012 and 2016, Mitt Romney and President Trump won Georgia by larger margins, so historically speaking, Kemp should sail to reelection. The race is currently rated as leaning Republican, which means that while Kemp is the likely the winner, Abrams is not yet out of the race.

Historically Georgia is a red state, only voting for a Democrat in five presidential elections since 1960. Additionally, Georgia has had a Republican Governor since Nathan Deal won in 2012, with Kemp beating Abrams in 2018, though by less than 2%. The fact that President Biden won Georgia in 2020 and Gov. Kemp won by so little against Abrams in 2018 could lead to an Abrams victory. Even recent polling is not clear, with some polls showing a large percentage of voters undecided and large margins of error. These combined are a larger percentage than the difference between voters saying they would vote for Kemp or Abrams making this race almost impossible to call. Right now there are two scheduled televised debates between Kemp and Abrams on October 17th and October 30th. Given how unclear the polling is, these debates, both within a month of Election Day, could tilt the scales one way or another. But in the end, just like many races across the country this election cycle, it could come down to turnout, which has overall been on the rise in Georgia since 2002, increasing by about 20% from 2002 to 2018.