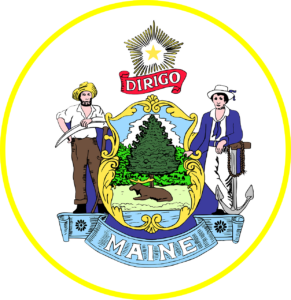 Gubernatorial Races to Watch in ABMA States: Maine – The Return of the Governor

For the second installment in our election series on the 2022 gubernatorial elections, we are heading as far north as you can get on the eastern seaboard – the race for Governor in Maine. While this race is seen as leaning Democrat, it is far from a set outcome.

This year we see a battle between first term Governor Janet Mills (D) and former Governor Paul LePage (R). In Maine, someone can serve as Governor for an unlimited number of terms, however, they can only serve two terms consecutively. Thus, in 2018 Governor LePage was unable to run for a third term, but this quirk in Maine’s rules allows him to come back and run again now that Mills has served one term.

Janet Mills has made history in the state multiple times. She is Maine’s first female governor, and prior to that she was the first female Attorney General in the state. After serving as an Assistant Attorney General, Mills was the first woman to be elected as a District Attorney in New England, serving Androscoggin, Franklin, and Oxford Counties. Mills was born and raised in Farmington, ME, where she still resides. She graduated from Mt. Blue High School, the University of Massachusetts at Boston, and received her law degree from the University of Maine Law School. In 1985, she married Stan Kulinski and became a mother to five young girls.

Paul LePage was born and raised in Lewiston, ME, born the oldest of eighteen children. He left home at age eleven to escape domestic violence and lived on the streets doing odd jobs. “It was in a horse stable where he was sleeping that he met a stable hand who told him the phrase ‘if it is to be, it is up to me.’ This became Paul’s mantra he used to remind himself that if he worked hard, he could make it out of poverty.” LePage attended Husson College where he received his BS in Business Administration and received an MBA from the University of Maine. Prior to being elected Governor in 2010 and again in 2014, LePage served as a consultant to Maine businesses, the General Manager of Marden’s, and two terms as a Republican Governor in the Democrat town of Waterville. LePage married his second wife, Ann DeRosby, in 1984. He has four biological children between his two marriages and LePage and Ann have an adopted son as well.

Recent polling suggests that Mills has a slight edge, though some of these polls are only of registered voters, not likely voters, which are often less reliable. Additionally, without knowing the margin of error for the polls, it is difficult to see whether that outcome is more or less likely. What is clear in this murky data is that this race is certainly one to watch as there is no forgone winner. This is Mill’s first time running for reelection, and she must defend the actions she has taken since she took office in 2018, which includes depleting a large rainy day fund Governor LePage had built up over his eight years in office. However, people might forget this given in 2021 she boosted the fund to the highest levels the state has seen.

While looking at Presidential election outcomes often helps us understand what could happen in a state, Maine is not a “normal” state. Since 1960, Maine has voted for the Democrat in 10 elections, including every election since 1992. However, during that time the party occupying the Blaine House and serving in Congress have included Independents and Republicans. The fact that Maine always holds its Gubernatorial elections in midterm years, which are often referenda on Presidential administrations, could help explain some of these disparities or “inconsistencies” we see in Maine politics.

With a race that is leaning Democratic but in a year that is suggested to favor Republicans, the race for the Blaine House is certainly one to watch. Maine has an interesting history when it comes to its elections, never being consistent in which party they elect down the ballot for various offices. As of right now, the candidates have agreed to one debate hosted by the Portland Press Herald and Maine Public in Lewiston on October 4th. The Mid-Maine Chamber of Commerce is also hosting a debate on October 11th as part of the annual meeting, but here is no information whether the candidates have agreed to attend.